New and even faster line-up of four high-fluor gliders.

Three of these waxes debuted in our our extremely popular Racing Service Line. The HF11, HF21 and HF31 waxes proved their performance in races, and have now earned their place as the successor to our previous HF line. The series grew by one new product, HF21 Graphite, which made the line cover all snow conditions. Enhanced formulas and new raw material discoveries have made it the leading glide wax line available, which of the continued use of the products among world class teams is a proof.

The HF project began a couple years ago, when we set a goal for to create the fastest ever HF series. We started everything from the scratch, beginning with raw material testing. All our raw material suppliers were informed that we were set to start massive testing on every raw material, beginning from the wax materials to additives and fluoros. Only the best performing materials were adequate for the new HF series. When developing ski waxes, good theories and lab results are not enough to justify the performance of a product. The most important test are done on snow. The most reliable method for of testing new raw materials and test products is to collect plenty of data on field tests. With enough data, we were be able to find the most optimal raw materials to our products.

The test method was quite simple. A test fleet of skis were calibrated, waxed and skied thru a timing machine (usually 6 times/ski per test to get reliable average time). After calculations you get results from the test and then you start it all over again…For this new HF series we made altogether over 8,000 laps thru the timing machine. 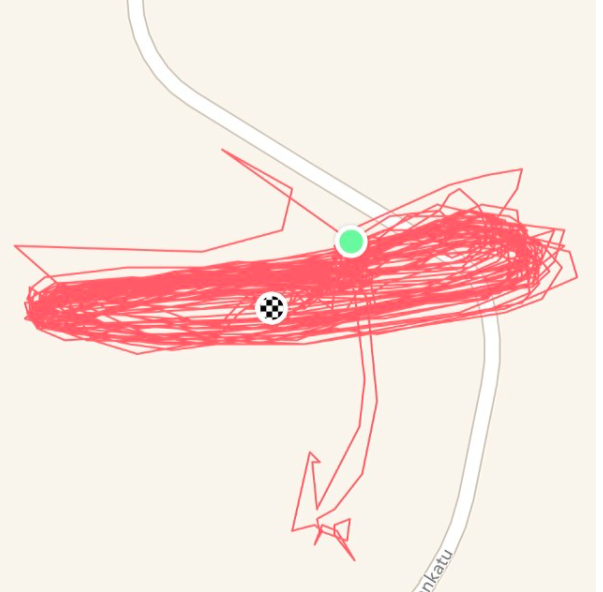 GPS track from one of the test sessions

The ultimate place for product testing is the FIS World Cup, and that is also where we get the most valuable feedback from. We have a couple national teams that we are collaborating with, and they will get a new products before others and on return we get test results. At first, we had over 25 different versions of HF gliders that were dropped down to 3 best performing versions: HF11, HF21 and HF31.

After receiving good feedback from world cup teams, we decided to release the pre mentioned three waxes as a part of our Racing Service Line, which our collection of latest wax innovations that we want to bring to the market as soon as possible. Meanwhile, we continued the tests further to find optimal additives and mixtures for new and old snow. Based on our results, we created the new HF powder for old snow, and HF21G for new snow.

Now with all the five new waxes ready, we are confident on launching the new HF series officially, so that they replace the well served Olympico series.

The new HF series consists of three different waxes from warm conditions to cold and also special waxes for new and old snow. 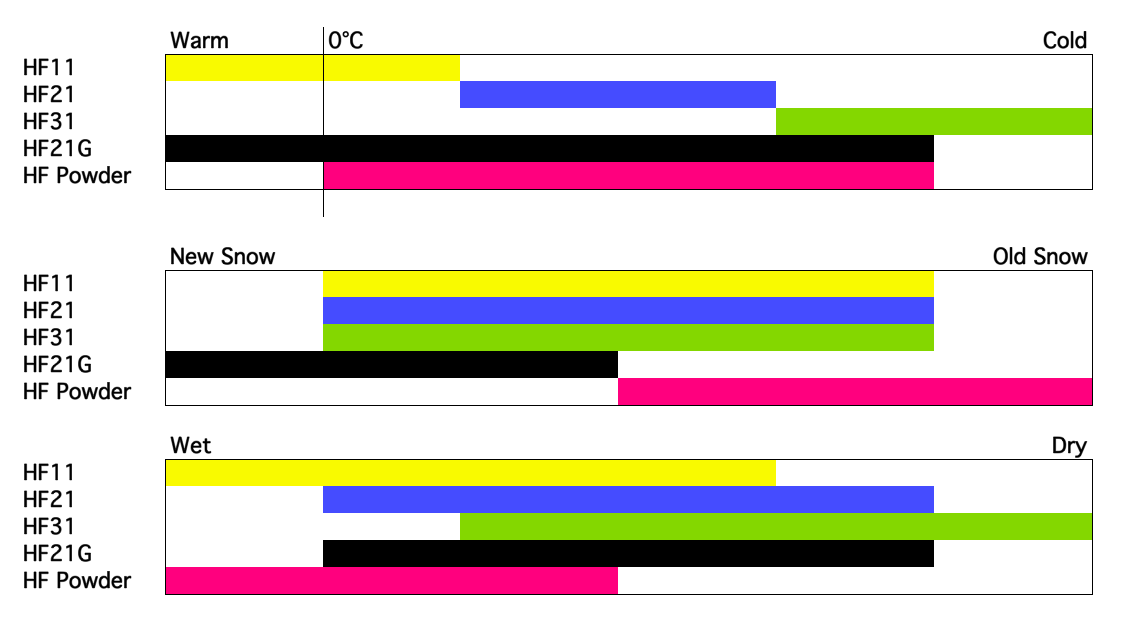 All the HF gliders are relatively hard, yet still they have a low melting point (130-140°C) compared to their hardness. We have found that the best performance with these waxes is achieved by scraping the melted glider off when it is still warm. That way the wax is easier to work with, and we also minimise the potential of leaving too much wax that will affect negatively on base structure and thus decrease its glide properties. After the scraping, let the ski cool down and then brush gently with horsehair or metal brush after that finish with polishing brush such as nylon brush. 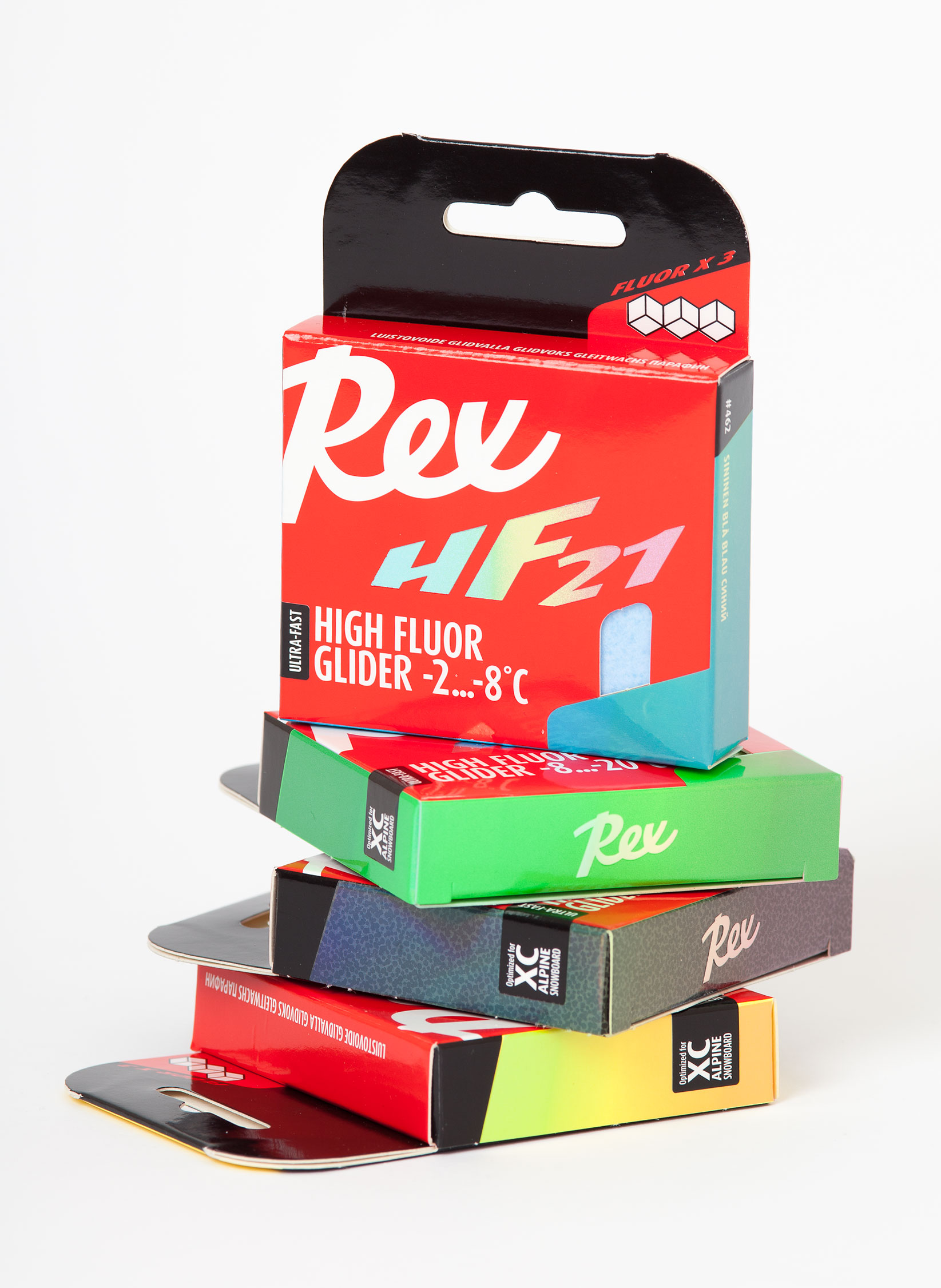